The Faces of Covers: On Whitewashing and Fantasy 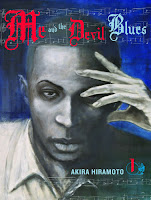 Piming out some manga. Because I can.

Bloomsbury has decided to change the cover of Magic Under Glass. Here’s the link to their statement. I suppose I should be ~*happy*~ that they apologized, as vague their statement on what offense exactly are they apologizing for (it feels more like one of those apologies where the person goes “I didn’t know what I did to offend anyone and I’m sorry”, as oppose to, you know, an “I’m sorry for whitewashing covers, I know now that this practice is wrong, and I will take steps to ensure that this won’t happen again”, kind of apology). But whatever, I’m not really interested in giving out cookies. For now, I’m cautiously optimistic as I wait for the new re-jacketed cover. In the meantime, however, I’d like to discuss a few things.

This is what it means to put a POC face on a cover: the reader has the power to imagine that the protagonist isn’t white. It has been discussed that when we read, when there is no significant racial markers there is a big tendency to assume the characters are white. A white face on the cover reinforces this default. I find that, for contemporary or historical set pieces (aka, anything set in the “primary” world), it’s much easier to call out whitewashed covers because it’s harder to ignore the racial markers or justify whitewashing when we have evidence to the contrary. However, fantasy stories, particular secondary world type fantasy wherein the world is clearly not the world as we know it, the voices raised to defend its whitewashed covers get louder. It wouldn’t matter how many times you lift out quotes from the text that cite character so-and-so is dark-skinned, there will be those who insist that they pictured a more olive-complexion than anything, or, my most hated commentary, a protagonist “with a tan”, and defend the cover, saying Why can’t they by white? And follow up with an argument that these are “made-up” races and the rules in our world don’t apply. (This is what I've been seeing, anyhow. In an attempt to be more clear, I’m not saying that whitewashing is less problematic in contemporary or historical fiction, I’m saying that I see more crazed arguments to defend whitewashing in secondary world fantasy.)

Let me say this about the made-up races statements: stories invented aren’t made in a vacuum. This includes fantasy. The stories created in the fantasy genre borrow heavily from our world, through mythology, culture, and whatnot. Therefore, in short, the humans depicted in fantasy are reflective of our world and racial depiction does matter.

As for the whole “why can’t they be white” argument, by choosing to embrace a world wherein everyone can be white despite when faced with contrary evidence within the text itself, you are buying into systematic racism that assumes the default will always be White, down to even in your imagination when visualizing fictional characters.

(On a tangent, I find such remarks irksome because damn, it must be nice to be able to assume that every frickin person looks like you even when up against evidence to the contrary. [/snark])

Giving this cover a POC face will heal our stunted imagination to assume all characters are white by default. We, the audience, nowadays are so used to absorbing visual data (helloooooooooo television. ♥), hence making covers a very powerful tool in marketing and in affecting the impressions on the reader. By giving the cover a POC face, you’ll allow the dark-skinned girl in OUR world to dream of being a heroine in her own imagination. That is something I believe is worth fighting for.

With that said, I hope we as consuming readers can continue fighting the whitewashing of covers. Whitewashing isn’t a one-time mistake, but an ingrained racist business practice in the publishing sector. To name a few off the top of my head: Whale Talk, She’s So Money, Mysterious Benedict Society, and The Dragons and the Stars (Which I’m still trying to talk about, and I’m working on my post. But, I suppose I will confess: when I saw Liar and Magic Under Glass, I was fuelled with rage. But when I saw The Dragon and the Stars cover, it was like a physical blow, and I felt like crying, a sentiment akin to defeat. But it’s been a couple days since I’ve seen that cover, and, I think, I have distanced myself more from the initial pain and can try and talk about it relatively soon.)

And do consider supporting POC books by seeking them out. My biggest and personal favourite resource is Writers of Color 50 Books Challenge, and Susan has an amazing link roundup to POC resources. Check it out.
Posted by yuan at 10:26 AM

I hate that argument! The whole, oh well she's described as dark skin, must mean that she's tanned. I go tanning, and I would never ever describe myself as dark-skinned.

I think you are so right about the covers as visual cues. If I see someone white on the cover, I'll automatically assume the main character is white. If there's an object instead of a person on the cover, I'd probably still assume the character was white, unless the author gives visual clues in the writing or the jacket/synopsis says differently which completely sucks.

Also, the fantasy excuse is a cop-out, for many of the reasons you've stated.

All I can say is I completely agree with both you and April, as I stated in detail on my blog. Glad they're changing the cover, but... shouldn't have been an issue in the first place.

I'm a big Gemma Doyle fan, and whenever people say they imagine Kartik as tan and not Indian I want to scream.

I love the Gemma Doyle series and Kartik was Indian.

I hate when I hear someone say I don't see color when I read, I just see people. I want to scream so bad.

To me that's the same as saying I don't see gender when I read I only see bodies.

I am so sorry about the Dragon of the Stars cover.

Thank you for this post. Stunted imaginations is yet another one of the many reasons why whitewashing book covers is wrong.

I won't support The Dragon and the Stars until they do something about the cover!

New page, Readers Against WhiteWashing, is up

"By giving the cover a POC face, you’ll allow the dark-skinned girl in OUR world to dream of being a heroine in her own imagination. That is something I believe is worth fighting for."

Beautiful sentiment. I agree with every word you've said.

I've also been feeling the same way about the fantasy excuse. That's so weak. 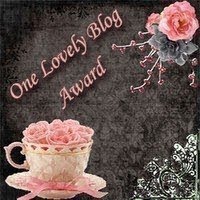 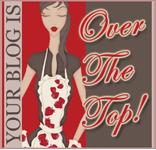 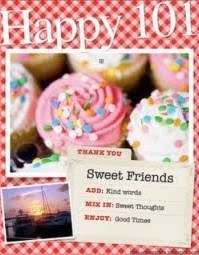